The Brontë sisters’ contribution to literature is the stuff of legend: their work has a unique flavour, mingling domestic realism with wild romance, the personal with the peculiar. This, coupled with their extraordinary life story, portrays a family blessed with talent yet cursed with misfortune – a family in which each member, although distinct and individual, was bound to the others by an affinity that spurred them on to greatness. 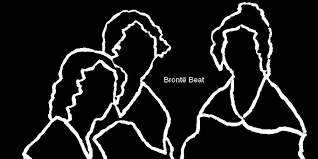 Brontë Beat is a performance collage weaving the facts of their lives with the myths of their fiction. Comprising original songs, ambient sounds, spoken word and film, it explores the multi-faceted world of the Brontës through an electro-pop lens – from their juvenile ‘scribblemania’ to the success of their novels and the fascinating history of their all-too-brief lives. The piece also includes extracts from interviews with people connected to the family’s literature and landscape.

Though laced with tragedy there is also considerable joy in the Brontës’ story, and the piece seeks to celebrate these contrasts rather than reconcile them. And despite being an oft-told story, it seems there is always something new to say…

Acclaimed British singer-songwriter Philip Jeays writes and performs in the tradition of French chanson but in English. His main influence is Belgian singer-songwriter Jacques Brel; his work is compared to Scott Walker, The Divine Comedy and Jake Thackray.

“…a singer songwriter whose darkly comic songs, with Sondheimesque tongue-twisting lyrics, have projected him to semi-cult status.“ London Evening Standard