THURSDAY 12 OCTOBER
2 pm
£10
Venue tbc
Taoist inspired yin-yang writing workshop. Build the circadian rhythms of the seasons, the tides and the day into your poetic structure, not as metaphors but as ‘The thing in itself’.

SUNDAY 15 OCTOBER
2 pm
£10
Venue tbc
Zen inspired haiku workshop. Capture those little moments of insight, rightness, suchness – on the wing, as they pass, and pass away. 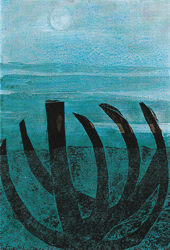 For further details of any of these workshops:
e mail: Maggie | hookedonwords@gmail.com